Al-Moltaqa For Development, Training and researches 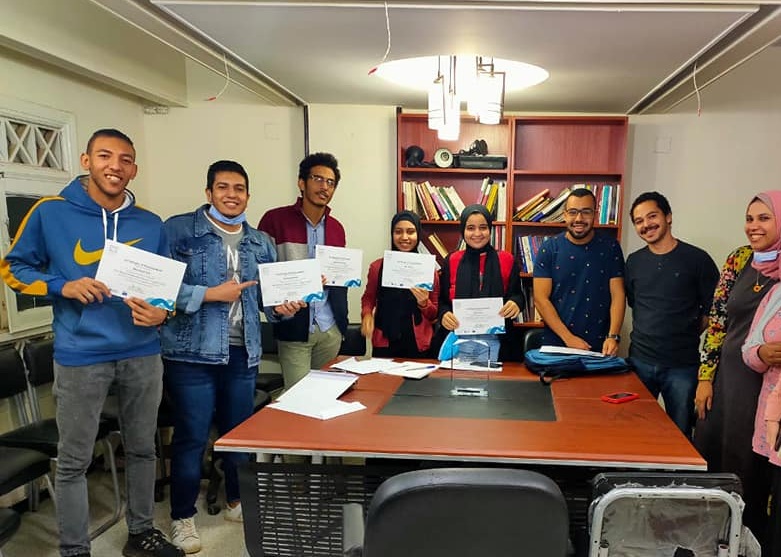 A blog entry by :Shehata Hassan

The participation of Al-Moltaqa in the program for the year 2020 came through organizing and establishing 5 debate clubs the training included 57 participants of both sexes, 41 young women, and 16 young men between the ages of eighteen and twenty-five who were trained by more than twelve male and female coaches

Al-Moltaqa had organized training events in coordination with the British Council in Egypt from 14 July 2020 to 31 October 2020 online due to the outbreak of the Covid-19 pandemic.

Young Mediterranean Voices is a program funded by the European Union for intercultural dialogue, and aims to promote a culture of dialogue among young people and create common understanding with their peers across Europe and the Southern Mediterranean region.

Whereas, the program was co-funded by the European Union, the Anna Lindh Foundation, and organized by the British Council, and aims to promote a culture of dialogue between young people and create mutual understanding with their peers across Europe and the southern Mediterranean region.

And it was a distinguished cooperation, through which we were able to attract the attention of the participants to various topics, and affect the current reality of Egyptian youth and societal issues such as allocating a certain percentage for women in the Egyptian parliament, the effectiveness of family planning in reducing the rates of population increase, and positive discrimination for people with disabilities to get job opportunities, And others.

It trained the participants on how to search for logical and reliable evidence and proof and to present the arguments and justifications that prove their opposition or support to the statements that have been contested. He also refuted the opposing opinion according to the culture of respect for the other, and that differences only lead to more understanding of the issue at hand.

Alaa Saber, a student at the Faculty of Humanities at Al-Azhar University and one of the participants in the program, says: "The program instilled in us critical thinking, taught us how to respond with logical arguments, and we acquired a culture of listening to opinions and other opinions."

And because Al-Moltaqa’s message requires assistance in the cultural and intellectual advancement of individuals and their belief in the development and empowerment of youth, Al-Moltaqa  provided appropriate training for those who were promoted to the final competition, and empowered them through more training on debates, as well as other skills that are required for the debater such as communication skills and presentation skills. And other exercises to prepare leaders in the community.

Omar Harbi, a student at the Faculty of Engineering, Helwan University, who is one of our participants, says: “It is a person’s good fortune to be successful in undertaking experiences that increase his pool of expertise and refine his various abilities and skills, and for me the debate training in which I participated through the Al-Moltaqa Foundation was a rich and different experience. Where our journey began with knowing what debates are, their beginning and purpose, then we moved on to the different research methods that must be followed during preparation, passing through effective methods of presentation and presentation, until we entered into how to build the case and present the argument related to the topic of the debate. We were exposed to any errors and fallacies that do not. It is correct to fall into it, and we concluded the training with fruitful practical application by participating in the final competition.

Al-Moltaqa participated in the final contest for the program on October 30 and 31, 2020, with five teams, each team consisting of two debaters.

In the end, Al-Moltaqa’s participation in the Young Mediterranean Voices program resulted in the launch of Al-Moltaqa’s debate club, which is our final rewards for these trainings, where the club’s members are young men and women who we are confident that they will have an effective role in the future in serving their community and their country.

Learn more about the program